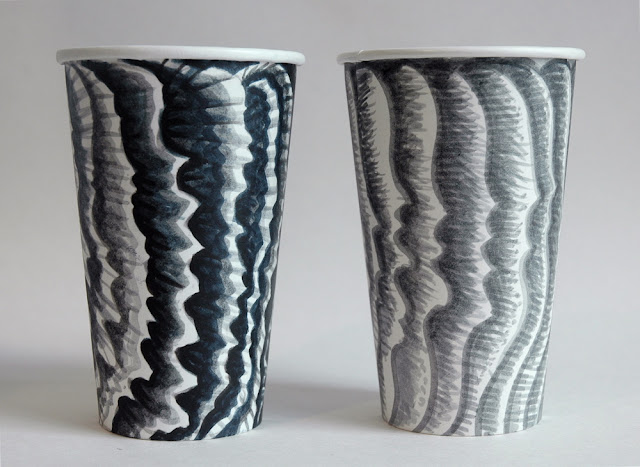 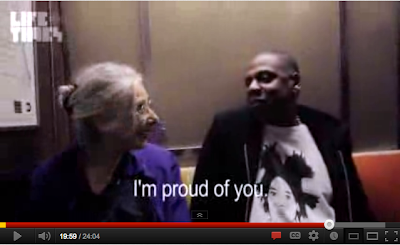 How to Take a Cab in New York City


A front of dry, unseasonably warm weather has settled over the City. I ate my lunch in Dewitt Clinton Park, on a sunny bench next to the World War I monument. The youthful soldier stands eternally poised and pensive, as if about to exit the park onto 53rd and 11th. Today I notice a bouquet of flowers tucked into the crook of his arm. 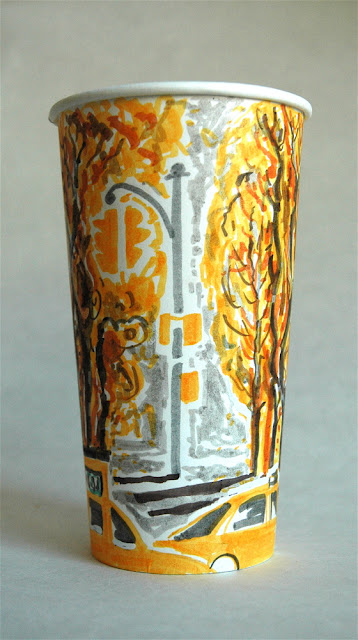 Despite Hurricane Sandy and November snow, golden leaves still cling to the trees. My coat is off. Indian Summer!
Nearby, some young dancers from the Alvin Ailey School are taking photos of themselves with an iPad as they pretend to scale the trunks.

Outside the park, yellow taxis stream by on 11th Avenue. The NYC fleet has been in the news a lot lately: new car design, rising fares (twice in quick succession), changes to the livery and now it has been decided to do away with the off-duty designation for roof lights.

We are bus and train people generally in my family, but our weekly routine does entail two taxi trips at least. The first is across town from Hell's Kitchen to our Sunday morning choral job at Saint Bart's on 50th and Park (always running too late to walk). The second journey happens every Tuesday afternoon - a rapid transition from after-school to dance class, for our nine year old daughter Grace. Invariably, the pickup falls just at snack time and we leave the school juggling coats, book bag, a piece of fruit, a container of milk and a slice of pizza on a plate. As we stand on 8th Avenue, both of us with an arm out and taxis whizzing past, I am fully aware that we are NOT an attractive proposition. 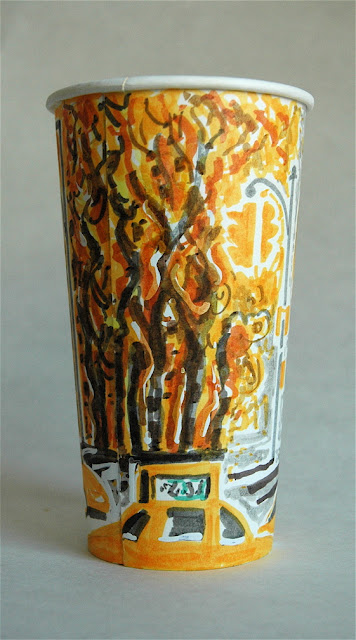 
Every week, for some reason, it is the off-duty taxis that finally stop and ask where we want to go. I don't hope to understand the arcane methods of the off-duty taxi driver, but we are requesting a straight shot, 20 blocks uptown. No driver has refused us yet, despite the food.

Grace, who has Down Syndrome, loves taxis above all modes of transport. She has been confidently hailing cabs since she was three years old, and is now a connoisseur of taxi driver personality. If they can understand her directions to drop us at 67th and Broadway, engage in conversation en route, and hand her the receipt, not only does she tip generously, but she awards her highest compliment when we arrive. She leans into the front seat and announces, "I love you!" Then turning to me as we get out, she confides in a loud voice, "I am going to marry him!"

To my surprise, many a hard-boiled taxi driver calls out the window as he drives off, "I love you too!" 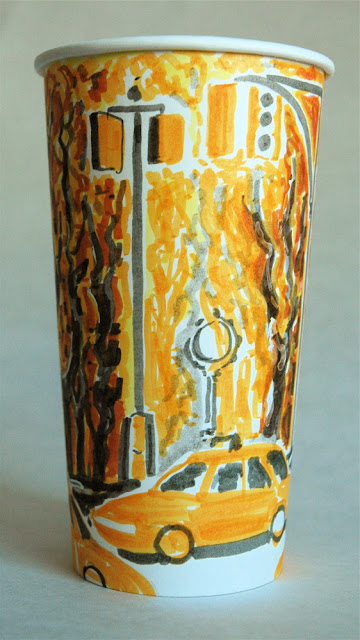 
Have Gwyneth's Full Brew delivered directly to your inbox. Enter your email address:
Posted by Gwyneth Leech at 4:03 PM 1 comment: