Coffee with Cattelan and Kandinsky

As an artist currently suspending my artworks, I have a strong professional curiosity about the Cattelan installation, "All", still showing at the Guggenheim Museum through this weekend. I made it there on a bitterly cold afternoon and was pleased that the much vaunted lines were not in evidence. 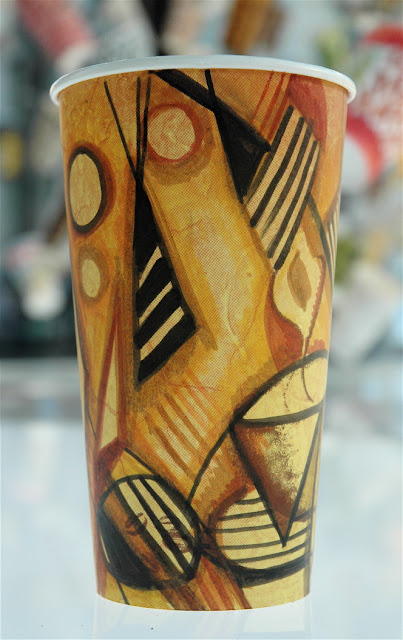 Inside, I ambled up the ramp, taking photos along with the other viewers and studying the awesome array of white ropes and heavy slings, metal brackets, platforms and hanging frames. The overall effect is monumental and unforgettable. I peered over the walls of the spiral again and again, taking in the vertiginous views, wondering at the weight of the hanging objects and at my feeling of unease for the visitors standing below them on the ground floor of the rotunda. 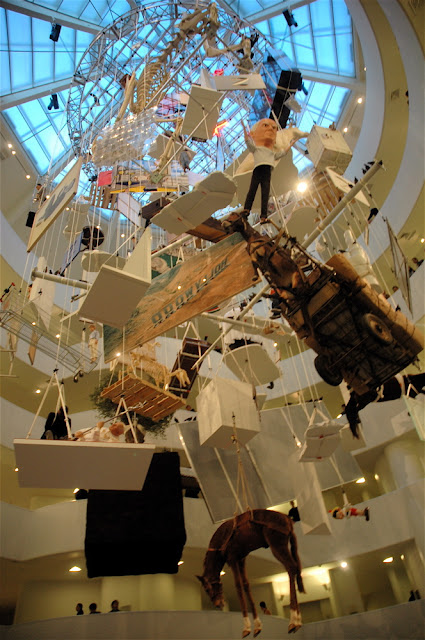 As for the objects themselves, it is a cacophonous jumble at first, but the eye does take in individual pieces surprisingly well as one's viewing position constantly shifts while walking up and then down the spiral. 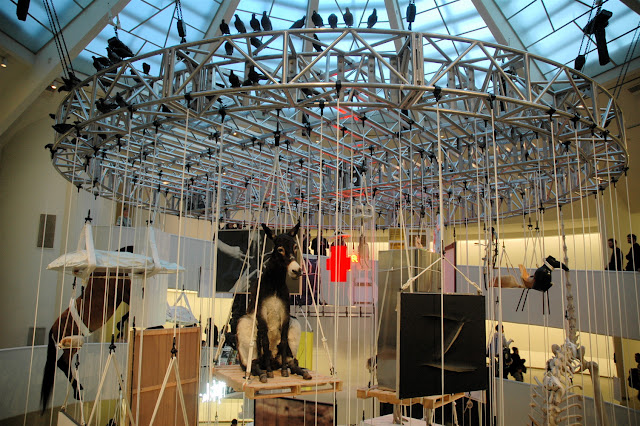 Spoiled as I am by my hanging cups dancing in the convection inside the Flatiron Prow, I found the Cattelan installation lacking in animation. Nothing moves, except a wax boy who drums intermittently from his seat on a hanging farm cart. But then, the lack of animation seems to be the point. I felt almost overwhelmed by taxidermied animals, skeletons and wax figures in various death poses. Interspersed is cheerier fare - an elongated shopping cart, the Hollywood sign seen from behind, an impossibly elongated fussball table, an occasional kooky photograph - but the ensemble speaks of mortality and feels like a giant, unwieldy commemorative collage. 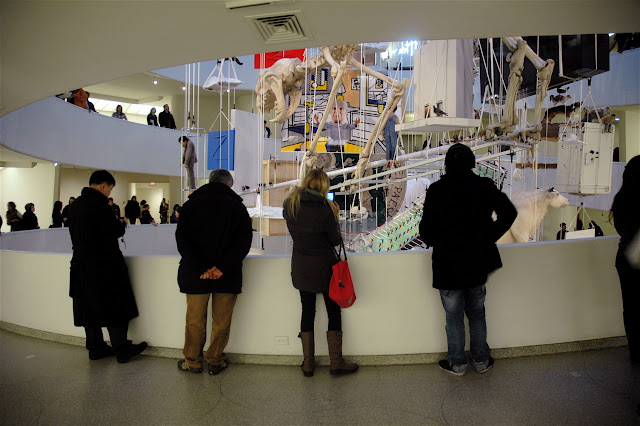 I came across an encyclopedic exhibition catalogue on a shelf, which shows each of the artworks in its original setting. In museums and galleries, with space and context they operate quite differently. Did I read somewhere that Cattelan has said he is not going to make any more art? Perhaps then, this giant installation is deliberately a funereal monument. 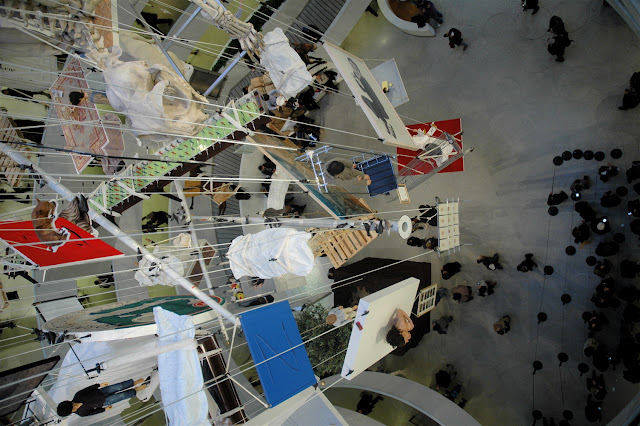 Seeking something lighter to contemplate, I detoured into "Kandinsky at the Bauhaus", a small exhibit of his paintings from 1923-33, on view in a side gallery. What a pleasure! The Bauhaus period lent a geometric formality to the compositions that is absent from his later work, but the lovely colors and dancing forms look as if they were painted just yesterday. I was especially taken with Komposition #8, a lively painting of straight lines, geometric shapes and bright colors. If the Cattelan installation were transposed into an abstract painting, it might look something like this. 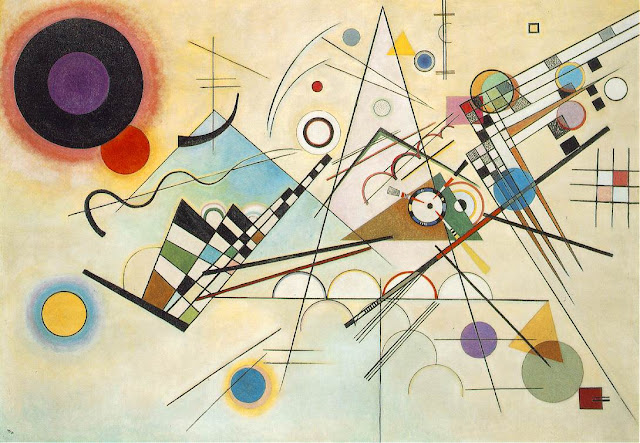 As if this encounter with Kandinsky were not enough pleasure, I realized that the gallery backed on to Cafe #3, itself a study in lines and shapes against the bare winter trees of Central Park. Who could resist a quick Illy espresso macchiato sipped at a bright white table before a final spin down the Spiral and out again into the freezing afternoon. 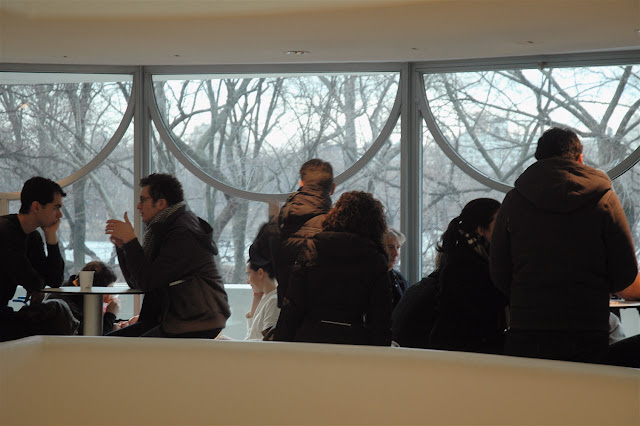 Catalan runs only through Sunday January 22nd, but the Kandinsky is ongoing, and of course the cafe never goes away. All info. on the Guggenheim website, here.

As a postscript, giving the lie to Cattelan's declaration of artistic cessation, he opens a new art venture in Chelsea in February under the wing of Anna Kustera Gallery. Read all about in this article by Jerry Saltz in New York Magazine by clicking here.