Potted Palms and Sand Tarts: A Bookish Tea at the Plaza 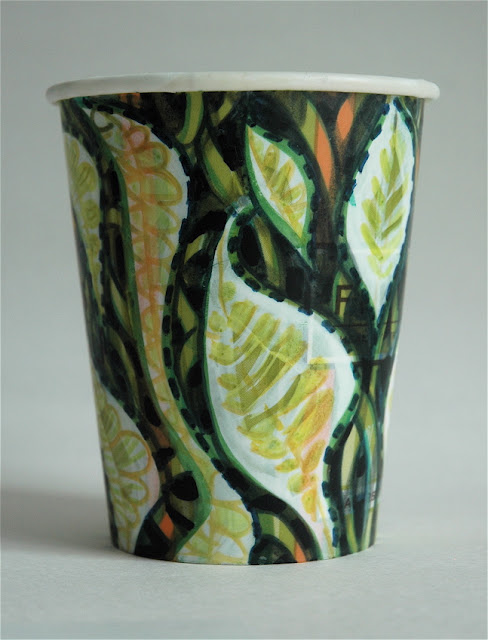 My sister, Kitty Leech called the other day and said, "do you want to have afternoon tea to celebrate?"
"Celebrate what?"
"The launch of the Mermaid Picnic."
Awesome! Kitty's fishy children's tale of a rainy afternoon at the seashore, which she wrote and illustrated, was a work is progress for ten years. Now it had finally met the public.
And not only had it launched, but it got a lovely write-up on the blog Wide-Eyed and Legless: Musings of a Modern Mermaid. 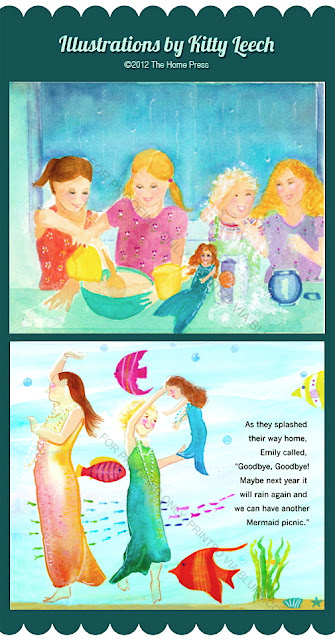 The Mermaid Picnic
Written and illustrated by Kitty Leech

So this called for a major celebration, a really special afternoon tea. We decided that the Plaza Hotel was definitely in order!

A few days later, there we were, in the fish bowl which is the Palm Court, at a beautifully laid table trying to choose a tea. This is the renovated Plaza, of course. I was here for afternoon tea one other time, as a college student a decade or so, or so, ago and it had a faded air back then. But since the doors reopened in 2008, all is brilliant and regal, the stained glass ceiling magnificent, the table settings and service immpecable. I felt only the faintest touch of guilt at coming here without my children to celebrate a book for children. 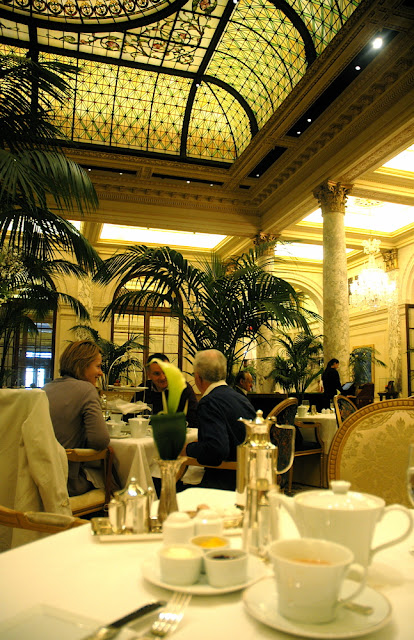 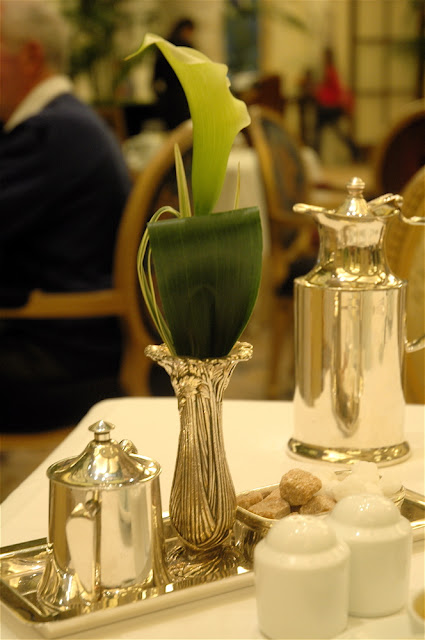 But back to the tea selection. We perused the menu, which proved to be a literary work in itself. How to choose between "a stout and robust blend of February high grown Kenyans and astringent 2nd flush Assam, full bodied and rich" (Breakfast Tea) or "rich and moody off the nose, it opens with malty astringency and finishes with hints of oak cask and a dusting of delicate citrus (Afternoon Tea). I was actually torn between the two Reserve Black Teas: "Golden liquor cups ethereal notes of baking bread, light lingering finish "(Golden Monkey Picked (China)) and the "ultra rare, full round body with light notes of Wuyi Forest Preserve pine smoke". The latter was none other than the Organic Tong Mu Phoenix Tree Lapsong Souchong (China).
I went for Golden Monkey Picked.
Kitty ordered coffee. 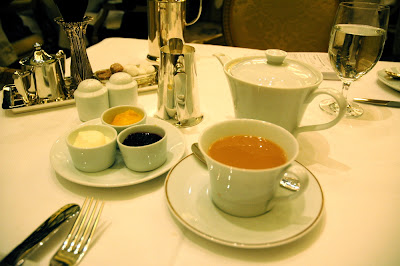 Having made these difficult and lofty choices, we turned our attention to the accompanying delights.
Should we go with the Classic, the New Yorker, the Chocolate or the Eloise? This was easier.
They all included cucumber finger sandwiches, scones and pastries. We decided on the Classic.
When it came, I was surprised that the servings were so petite. Sandwiches for very little fingers indeed, and such tiny tarts. We set to with gusto... and only made it halfway through!
But this is New York City. Even at the Plaza Hotel they will wrap for you.

That evening after dinner at home, I set a monogrammed box on the table. "Look," I said, "treats from the Plaza." My two little mermaids never suspected a thing. 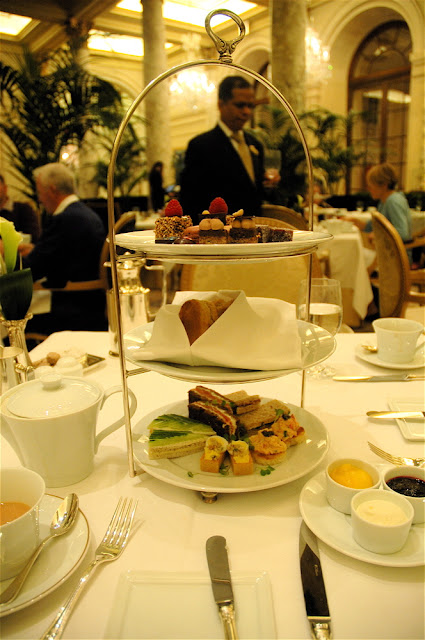 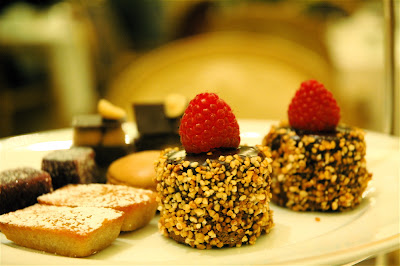 The Mermaid Picnic is now my daughter's favorite book. It comes with a recipe for Sand Tarts, the ideal cookie for mermaids on land and sea, and we have successfully made the recipe several times.
Sand tarts are not served at the Plaza, nor is rain drop punch (which apparently Mermaids prefer to tea) but if you bring one with you, she may be able to make do with the "cold cold pink lemonade " featured on the Eloise Tea menu.

For more information about tea at the Plaza, including the full menu, visit the official website here.The Mermaid's Picnic is available on Blurb and Amazon.

Posted by Gwyneth Leech at 9:16 AM