On Pop Art, Anti-Pop and Eco-Pop 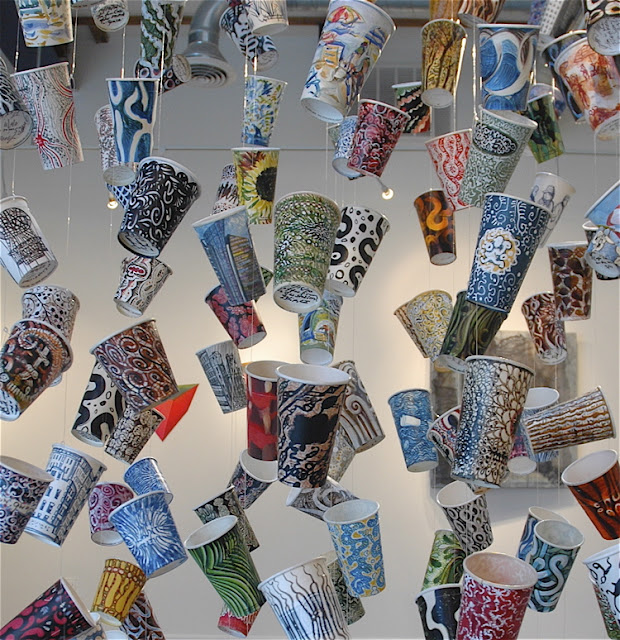 Cup(s) of the Day #121: Cup Cascade (detail)
An installation of 365 drawings by Gwyneth Leech
City Without Walls Gallery, Newark


I was in Newark at City Without Walls Gallery the other day, studying the artwork in a group show which included a large installation of my cup drawings. It was the last day of "Diptychs, Triptychs and Multiples, curated by Shira Toren, and I had made a final trek out from Manhattan on the train. 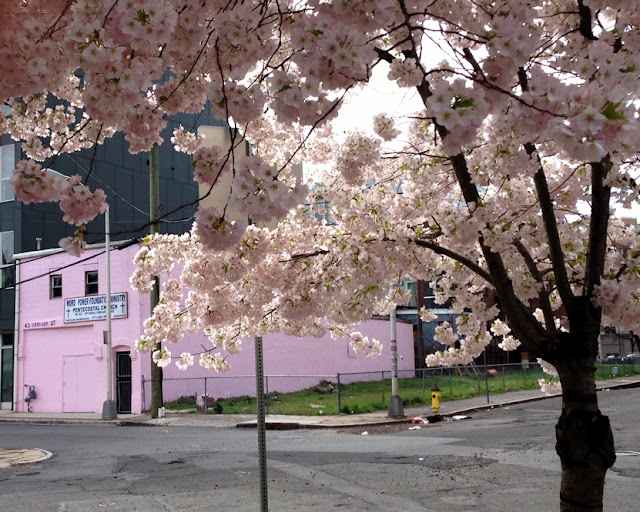 The gallery is a beautiful, airy space, surrounded by some very transitional real estate, and reached by a short taxi ride from the the station or a brisk walk down Broad Street. On that recent April day, the Newark mean streets were softened by flowering trees. Outside the gallery, cherry blossoms framed the startlingly pink facade of the "Word Power Foundation Ministry Pentecostal Church" across the street, setting the tone for a consideration of pop art raised by Dan Bischoff in a recent article about the exhibition.

It started me thinking about the first pop art show I ever saw, which was at the Institute of Contemporary Art in Philadelphia in the late 60's or early 70's. It was called Really Real, the New Real, or some such. I was a kid accompanying my artist mother, and I vividly remember my bewildered disappointment. Realism for me back then was a painting that looked just like its subject. None of that was in the ICA show. I was most struck by Andy Warhol's Brillo box sculptures and Campbell soup can paintings. They were not virtuoso feats of representation, but flat, schematic replications of common things. To my youthful eyes, these art objects were banal and charmless. 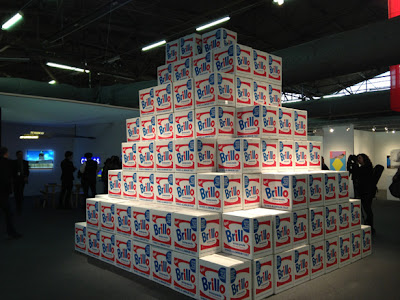 Replicated Andy Warhol Brillo box sculpture in cardboard
at the recent Armory Art Fair in NYC, March 2013
The original Brillo box dated 1964, was synthetic polymer paint and silkscreen ink on wood
and is in the permanent collection at MOMA

Decades later, I am now fascinated by the artifacts of my contemporary culture and have been particularly engaged with commercial paper coffee cups for some years. The Newark exhibition included a columnar installation of 365 of my coffee cup drawings, 16 feet high and suspended from the ceiling. In his review, Bischoff pinpointed the take-out cup as an iconic cultural object and read my installation as pop art revisited. The Starbucks cup and logo definitely outstrip Campbell's soup cans for recognition these days! 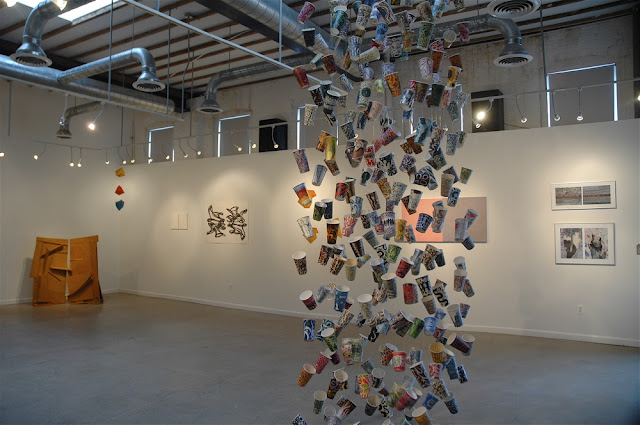 As I see it, my project differs from pop art in several regards. Whereas the pop artists faithfully replicated the logos and packaging details of their favored objects, evoking and sometimes engaging in industrial processes, I strive to make the logos disappear entirely, returning the cups to a purer archetypal form. In the process, the surface has become a canvas on which to exercise the artist's right to endless, unrepeating pictorial invention and variation. Thus, the project might actually be anti-pop, with it emphasis on the unique and hand made.
Also, despite the large number of cups that have accumulated during my cup-drawing years, each one is like a devotional object, dedicated to a social moment, raising up and enshrining an endless supply of a material otherwise bound for the waste-stream. So in fact, I would call it eco-pop rather than anti-pop. 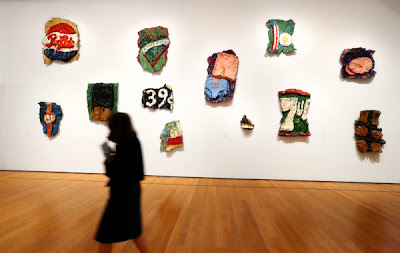 Claes Oldenburg, The Store and the Street, MOMA
Image: the NY Times

I had an opportunity to test this conclusion a few days ago when I visited the Claes Oldenburg exhibit just opened at MOMA, a master pop artist if ever there was one. Here are all the recognizable artifacts of his daily life in New York back in the 50s and 60s: clothes, furniture, logos, diner food, including a giant fabric hamburger and a large sandwich made of vinyl. But what is truly striking in this group of artwork is the rawness of the execution, its stridently handmade quality - ragged edges and dripping paint. This is not the cool and slick finish that has come to be most thought of as pop, or even of Oldenburg in his immaculately executed collaborations with Coosje Van Bruggen. This early Oldenburg artwork is a real melding of painting and sculpture. And his upcycling of corrugated cardboard into sculpture in the first gallery could just signal him as a founder eco-pop artist as well! 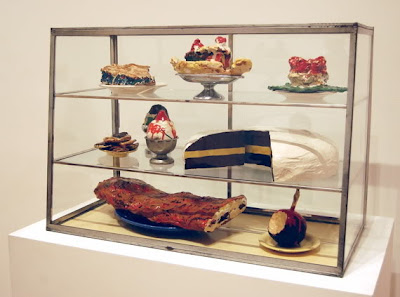 Claes Oldenburg, The Store and the Street, MOMA
Image: Museum of Modern Art

Finally, I have to report that my nine year old daughter, who accompanied her own artist mother to see the Oldenburg show, was much more appreciative than I was of my first pop art encounter all those decades ago. But then, she is a sophisticated New Yorker and MOMA is her second home. 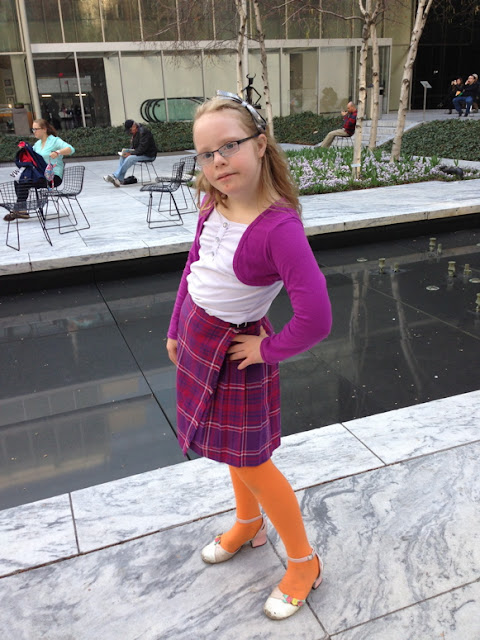 Grace, age 9, April 2013, on our weekly visit to MOMA
She gave the Claes Oldenburg show two thumbs up

Claes Oldenburg, the Store and the Street is now open at MOMA until August 14, 201. More information here.

Although the Newark show has closed, an installation of my coffee cup drawings is currently on view at Susan Teller Gallery, 568 Broadway in NYC, as part of Families / Cities SHIFT, though May 11, 2013. For more information, click here.


Have Gwyneth's Full Brew delivered directly to your inbox!
Posted by Gwyneth Leech at 9:55 PM