Do or Die Painting: Summer In New York City 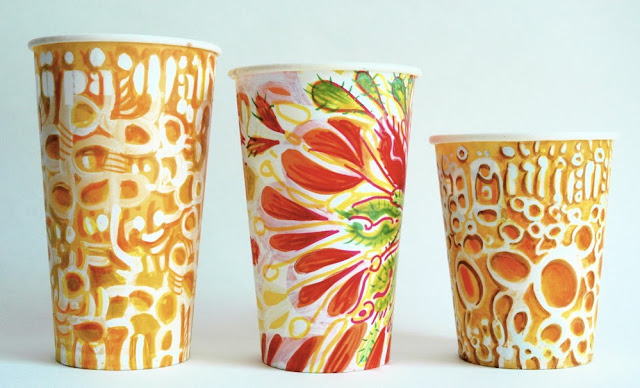 Cups of the Day #123, by Gwyneth Leech
Ink and White-out on Colored Cups

I have been sweltering in the studio for the past few weeks, reconnecting with a series of oil paintings about tidal marshes begun in 2009/2010, all of them unfinished. Why did I leave off when each one was only an unresolved passage or two from completion?

Sometimes it can take years to see what is needed to finish a composition. In one case, the painting called for a major reanimation and I had a glorious time reworking it, so much so that I couldn't sleep that night for the skeins of bright colors undulating in my head. As is often the case, the results were suspect the next day, but pointed to a whole new possible series of paintings. Would that I had stacks and stacks of blank canvases and no concerns about where to store them all! Then I would make my marks and let them lie. 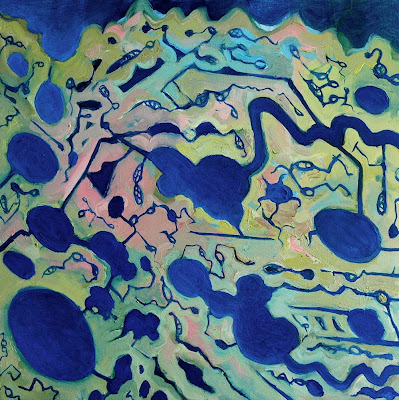 Interestingly, five artists currently in a show called "Dying On Stage: New Painting in New York" at Garis and Hahn Gallery do precisely that on large expanses of canvas: make the mark once and commit to it, succeed or fail. No corrections, no revisions. Do it and move on. The results are fresh and breezy abstractions, full of the heat of summer sun and the cool of deep arboreal shadow. A sizable group gathered last night to hear the artists talk about their work and then take part in a group discussion led by the curator, Kyle Chayka, and  artist/blogger, Sharon Butler. Sharon's 2011 article for the Brooklyn Rail naming this tendency in New York painting as Casualism, was a lynchpin of the conversation. 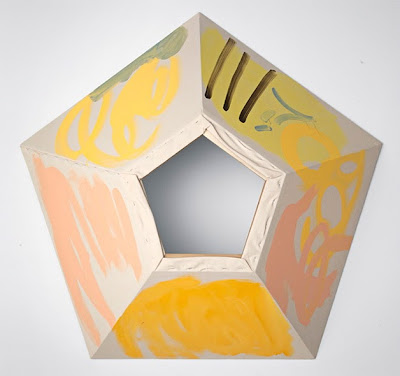 Some of the artists seemed uncomfortable with the term Casualism, since the risk inherent in their process is the opposite of casual. The do or die of an uncorrected mark is not an easy thing. As Sharon Butler said, it is very, very hard to stop painting. Yes, indeed! Once begun, who wants to let go? The terror of the blank canvas is the hardest moment of any painting session for me. I will do much to avoid it. 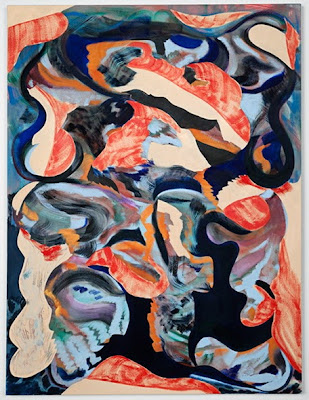 And that reminded me why most of my large oil paintings have been unfinished for so long. My generative impulse is truly hampered by the expense of the canvas support, the time it takes to make the painting, the space needed to store it. A number of years ago I realized this was holding me back. I needed a different kind of surface, readily available, one that could be a fail and not matter, one where I could  keep the focus on generating visual ideas. The solution was the paper coffee cup, as I discovered back in 2009 and which rapidly became my perfect vessel, literally and figuratively, for an explosion of imagery and a multiplicity of new directions. 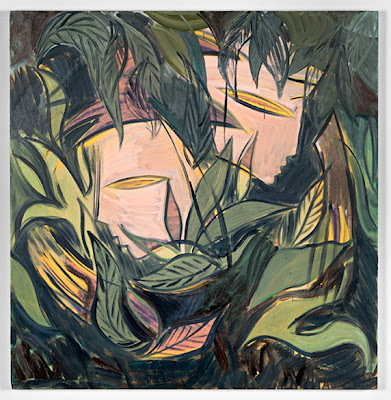 So I admired the bravura of the painters in "Dying on Stage: New Painting in New York" and I hope to keep that freshness going in my own studio as I continue to grapple with my dormant canvases. As for my paper coffee cups - it's almost all iced coffee in plastic cups right now, and I have yet to figure out what to do with those! 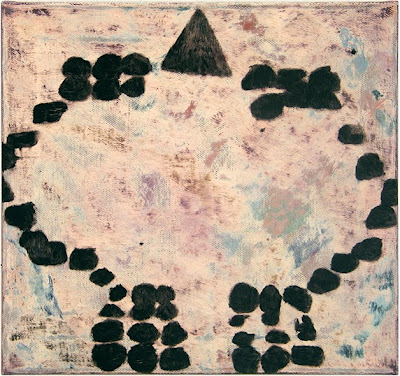 Garis and Hahn opened just as few months ago at 263 Bowery and "Dying on Stage: New Painting in New York" is project #007. The exhibition closes Saturday July 20th so don't delay! If you miss it, there is a handsome catalogue with introductory essays by the curator, Kyle Chayka and by Sharon Butler. The artists are: Ariel Dill, Clare Grill, Kristina Lee, Sarah Faux, Tatiana Berg.
For more information click here. 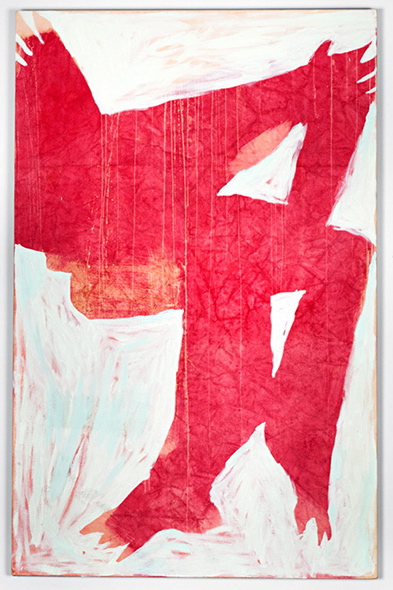 The next outing for my cup artworks will be an installation called "365: A Year in Cups" in the window of Anthropologie's store in Regent Street during the London Design Festival in September. More details about my collaboration with Anthropologie to come, but in the meantime click here for information about the London exhibition. And I am looking forward to cooler weather on the other side of the pond! 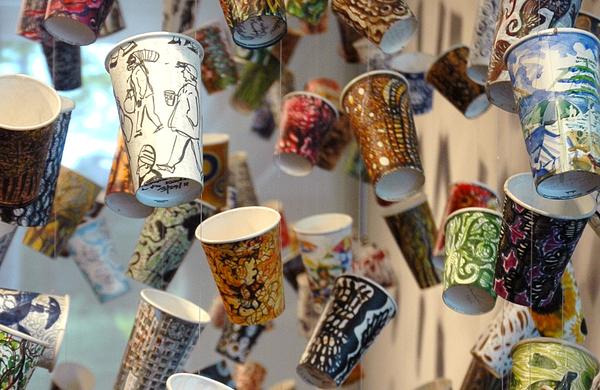 Gwyneth Leech, 365: A Year in Cups
will be at the 2013 London Design Festival  in September

Click here to Gwyneth's Full Brew delivered to your inbox!
Posted by Gwyneth Leech at 11:44 AM