Dry and Hopeful in Red Hook 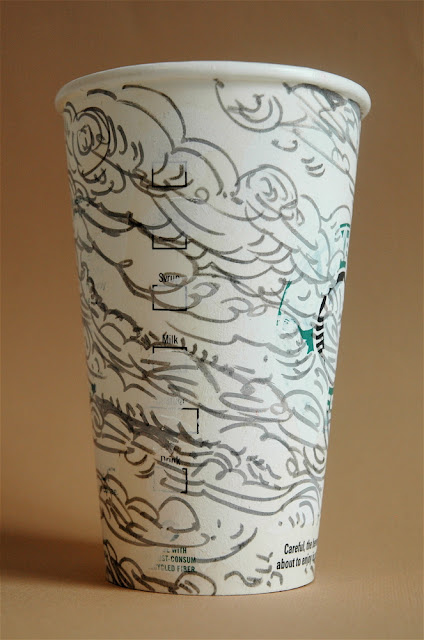 It was much easier than I expected - an A train from Manhattan to Jay Street in Brooklyn, followed by a wending B61 bus that landed us directly outside the Kentler International Drawing Space in Red Hook on a grey afternoon. It was three weeks after Hurricane Sandy and I had been surprised and pleased to hear that Joan Grubin and Tamiko Kawata where giving gallery talks that day. Was it possible that the Red Hook neighborhood, site of such dramatic flooding and concentrated vounteer relief efforts, was already getting back to normal? "NEWS UPDATE", exclaimed the gallery website, "Kentler survived Sandy!" 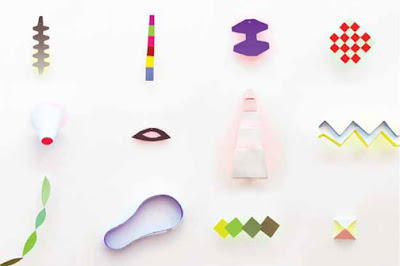 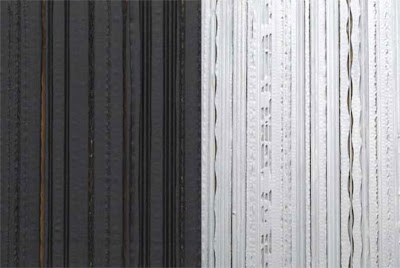 Red Hook is a low-lying neighborhood, surrounded by water on three sides. As our bus made its way down a now dry Van Brunt Street (the main thoroughfare where water had rushed in like a "mini Tsunami" on October 29th) there were still some signs of the aftermath: piles of black refuse bags, a few sandbagged doorways, people in face masks working in basements and gutting ground floor spaces. But there was plenty of everyday activity along the sidewalks, in the playground, and in the many open shops, restaurants and coffee bars. 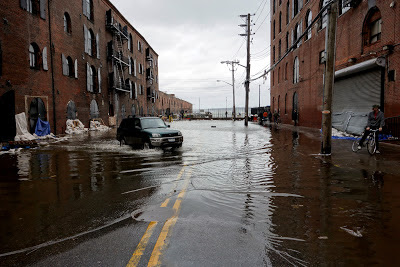 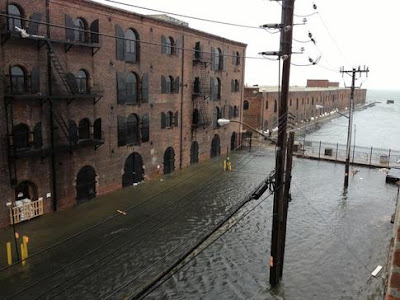 A good crowd gathered in the gallery. Both artists had stories to tell of disrupted preparations and delays - trying to get artwork to the gallery in wind and rain, the fear of damage as water rose in the basement, but never flooded the gallery. Tamiko made it to the gallery after the storm to install, and became stranded on a day when no busses or trains were running and taxis had no gas. She hitch-hiked home to Manhattan!

The two artists worked flat-out in the gallery making site specific installations in their separate spaces as cleanup crews labored in the neighborhood. Joan said she felt like rushing out and grabbing a shovel to help clear basements. Yet, she stayed at her task, and the result is a glorious and life-affirming array of experiments in perception and optical effects. The exhibition opened on schedule, and the artwork lifted the spirits of community members who gathered in the gallery with FEMA in the days after the storm. 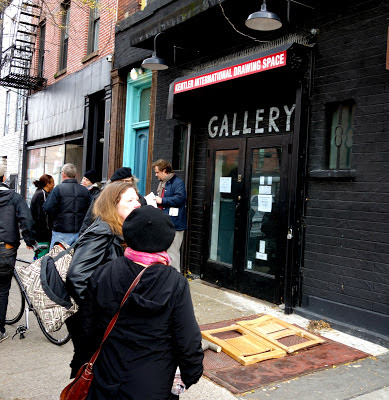 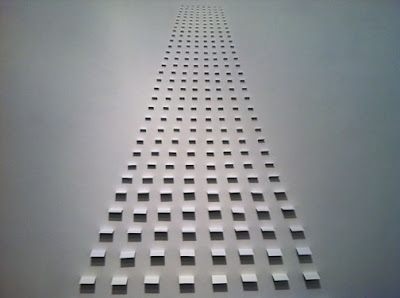 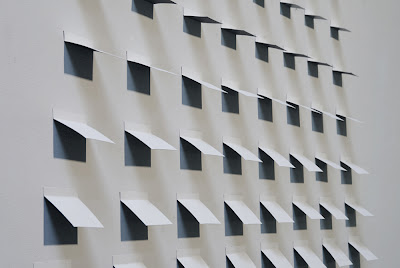 Asked if the hurricane had effected her work, Joan replied that it was a matter of perception and context. Preplanned pieces looked ever more right in the aftermath. "Progression", a large installation that dominates the end wall of the gallery, began to look like the floodwaters themselves, racing up the streets.

The exhibition runs through December 16th. "Tell people to come," said Florence Neal, the director of the Kentler. "The gallery is open. Local businesses are open. After what we we went through we don't want the double impact of first the hurricane, and then of people staying away."

The gallery is located at  353 Van Brunt Street, Red Hook, Brooklyn, New York and is open  Thursday - Sunday, 12 - 5pm. It can be reached by bus, car, free IKEA ferrry from Manhattan, and also kayak and canoe! For a map and contact information click here.

As an added incentive, right next door is the delightfully and nautically named Hope and Anchor, a corner cafe and bar. It was abuzz with customers on this dark afternoon and the food was excellent.
While across the street at Dry Dock, the vintners, bottles of fine wine with water-damaged labels were selling for half price. Hurry out. There might be some left. 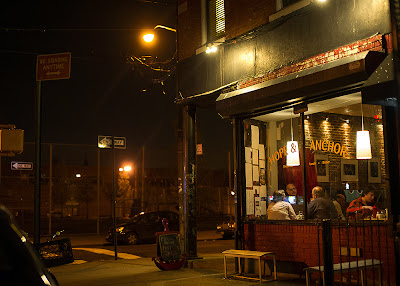 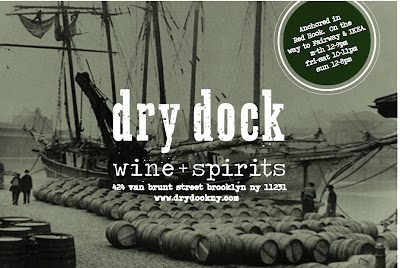 Relief efforts are ongoing in Red Hook, as in other New York and New Jersey neighborhoods following Hurricane Sandy. For ways to help go to RestoreRedHook.org and NYC.gov/service.

Have Gwyneth's Full Brew delivered directly to your inbox ! Enter your email address:

Posted by Gwyneth Leech at 1:55 PM