Slow Motion Sandy and a Flood of Relief 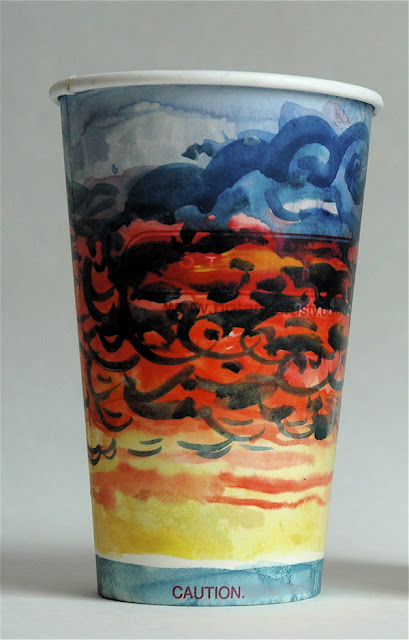 Hurricane Sandy came grinding ashore last week as if in slow motion. New York City was ready early -  the public transportation system, the bridges and tunnels were closed nearly a day in advance. Fleets of taxis were grounded. Everyone went home. Inconvenienced, we New Yorkers complained and fussed and then went to bed on Sunday night waiting for the onslaught but not quite believing the forecasts.

The weather map was terrifying, but in Midtown Manhattan on that hurricane Monday it didn't actually seem like much. Gusts of wind and rain at street level, not dramatic. There was a stange high pitched whine of wind high above, but that wouldn't keep us holed up indoors. In fact, many of us went repeatedly down to the Hudson River to watch the water level rise, and to feel the warm driving rain in our faces. It seemed nothing like the wind and snow lashing the city as I sit writing on this afternoon ten days later. 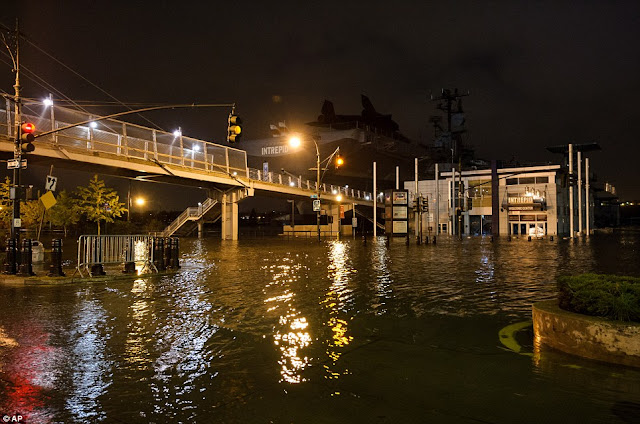 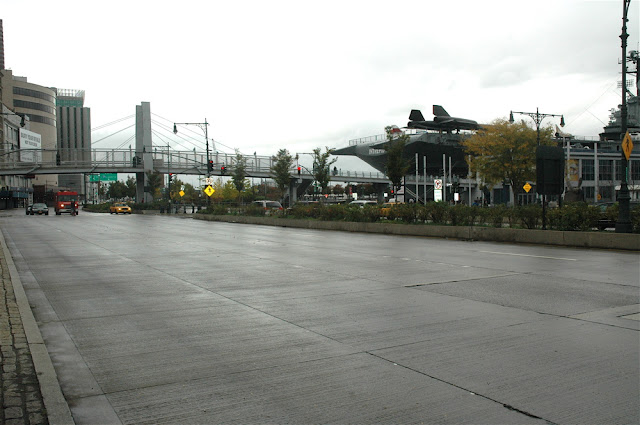 The same section of the West side Highway on Tuesday October 30th at 11 am.
The flooding tide receded quickly. Up here in Midtown, it was as if it never happened - almost.

Around 8pm on Monday, October 29th, the tide reached its peak and the flood waters swept in at last, reaching deep into the five boroughs. Half the city plunged into darkness. Within hours the freak tide had receded. A seemingly underwhelming storm and its unprecedented tidal surge left behind a wrack and ruin of ordinary life: a pulverized coast, lost lives, houses and infrastructure destroyed, trees uprooted, widespread power outages and a city brought to a halt by a flooded and power-less public transportation system. 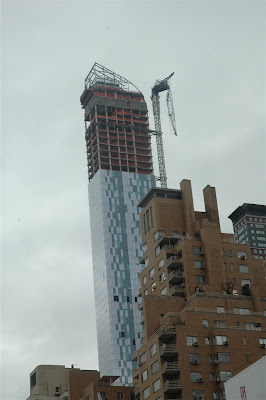 In Midtown Manhattan we were spared the multi-day power outages but found ourselves in limbo: offices downtown where many of us work shut for an indefinite time, schools stayed closed day after day, the lack of public transportation kept us close to home. A crane dangled menacingly high above 57th Street and with that street closed, traffic mayhem spread as far as the eye could see. 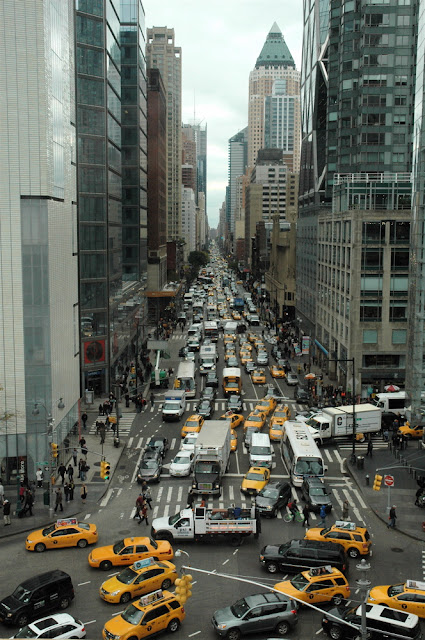 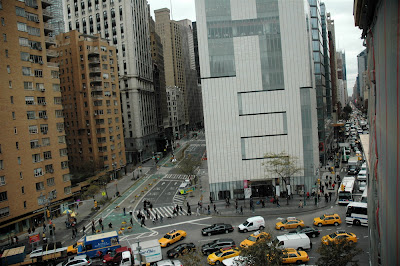 Broadway and 57th Street closed for days due to the crane accident.
Traffic chaos around Columbus circle and on 8th Avenue, November 1st, 2012

Somehow, we got through that long week with remarkable optimism, patience and gratitude.
Hallowe'en was observed just two days after the storm. On this Wednesday, ten days later, much has returned to a semblance of normal - most transportation running, most schools open and children back, most people returning to work. Yesterday we succeeded in voting along with the rest of the country. 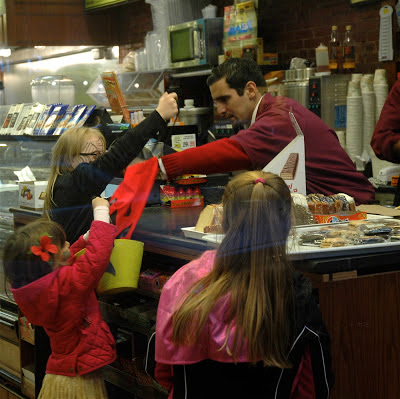 There was  a second flood unleashed by Hurricane Sandy: of images and articles, news reports and social media commentary. This second inundation continues to play out, giving us detailed views of the hardest hit communities: the length of the Jersey shore, Staten Island and the Rockaways, Long Beach and other areas which front the coast, lower Manhattan, low-lying sections of Brooklyn and New Jersey along the New York Harbor. Artist communities in Red Hook and Greenpoint as well as the Chelsea gallery district were all ravaged by the waters. The result has been a massive outpouring of public and private relief, fund-raising, donation drives and volunteer efforts of all kinds across the region. Aid will be needed for a long time to come, especially for tens of thousands who cannot return home or have no homes or jobs to return to following fire and flood. Our hearts go out to them, especially as today's snow-laden nor'easter pummels the coast all over again!

Relief efforts are ongoing. Go to www.nycservice.org for details of ways to take part.
For information about New Jersey go to www.ready.nj.gov

Posted by Gwyneth Leech at 9:27 PM