Doing the Rounds: Tea at the Armory Art Fair


Arriving late afternoon at the Armory Art Fair at Pier 94, I thought, let's cut to the chase. So I walked briskly all the way back to the cafe. Within just a few minutes and a few yards of this essential hub, I ran into four artists I know in New York City and a fifth I was supposed to meet up with elsewhere: Linda Stillman, Marianne Barcelona, Cecile Brunswick, Judith Page and Joanne Mattera. It has to be said that Joanne was in a booth looking at art, and doesn't even caffeinate, but it seemed there was a magnetism drawing them towards the vortex of the refreshments at that one moment.Was it the lure of afternoon tea? 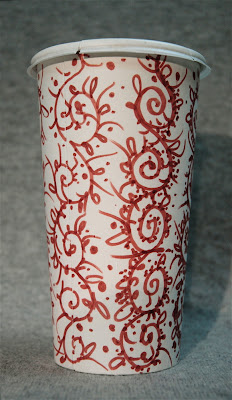 Without stopping to read anything further into these chance meetings  (let's face it, all the artists in New York City are at the art fairs this weekend), I plunged on from there into the full brew of art and galleries and people which make up the fair, surfing from art object to art object trying to focus. Perhaps it is my current immersion in my Hypergraphia cup drawing show, but I had only eyes for the round and for the intense. Ramirez at Ricco Maresca totally fit the bill for intense, as did Burchfield at DC Moore, both over in the modern fair on Pier 92.

For the round, here is a smattering of things that caught my eye. In my excitement I didn't get all the details. Tell me the artists names and/or the gallery they were showing with and I will buy you a cup of tea when you come by the Hypergraphia exhibition at 215 West 38th Street (on a week day between 11:30 AM  and 1:00 PM through April 1st.) 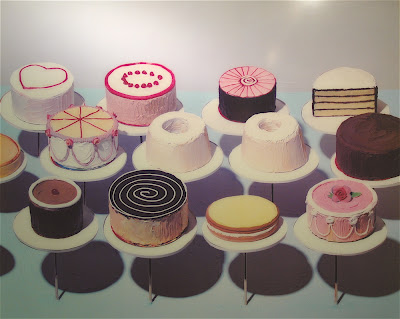 Cakes, from Thiebaud Series, 2004
A baking and photo artwork  by
Sharon Core 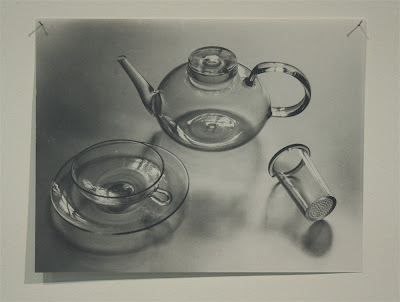 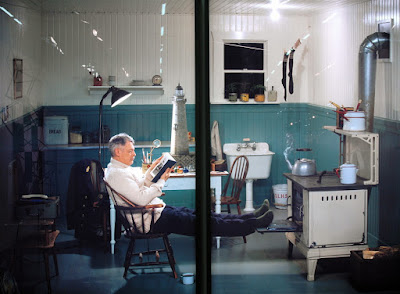 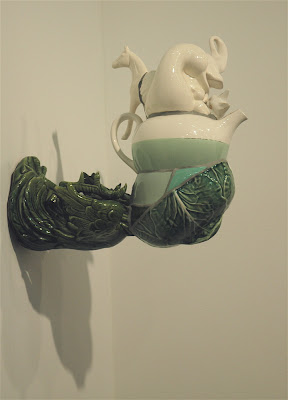 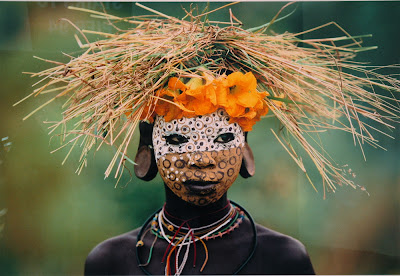 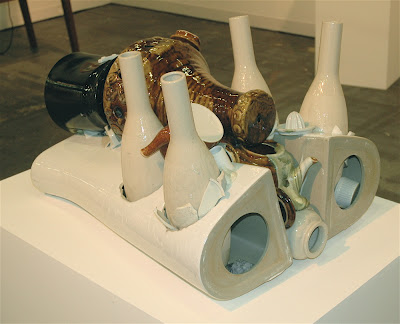 Teapot composite #2
by Dewar and Giquel
at Loevenbruck Gallery (Paris) 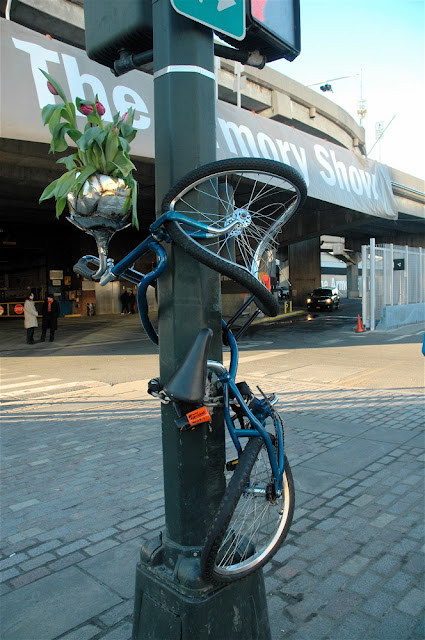 Satisying circularity!
I know this one - an Altered Bicycle
by sculptor Bernard Klevickas
appeared at at 52nd Street and the Hudson River
on March 3rd.
Will it still be there now?

Posted by Gwyneth Leech at 1:54 PM