Raising a Cup to a Full Year

What an extraordinary year it has been!
Eighteen months ago, an exhibition of my artwork on upcycled paper coffee cups was just an idea I was brainstorming in my notebooks in the studio. This almost accidental art form had become my principal means of expression and stacks of cups covered in drawings and paintings were mounting up in the studio. But the how, where, when and why of an exhibit of drawings on coffee cups were all question marks. 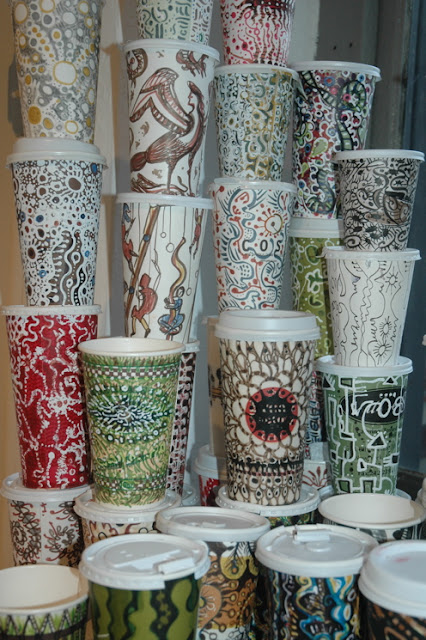 Cup drawings in the studio, January 2011

In October of 2010, Jerry Scupp, director of the New York Fashion Center, saw my cups in my art studio during the annual NYC Fashion District Festival and was smitten. I told him I had a vision for a window exhibition in the neighborhood. He said he had just the window and urged me to apply.

In December a selection of my cup drawings was exhibited for the first  time, in a show called Eat Art at Atlantic Gallery in Midtown.

By January 2011, the details of a window exhibition in the Garment District had fallen into place and it opened in the Window Space for Public Art on West 38th Street in February, presented by the New York Fashion Center and Cheryl McGinnis Projects. Then in the summer, it made a brief re-appearance at Buck House on the Upper East Side. In August, a smaller installation of cups was included in a drawing group show in Cheryl McGinnis Gallery on 8th Avenue. 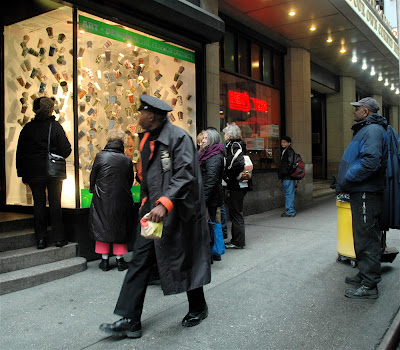 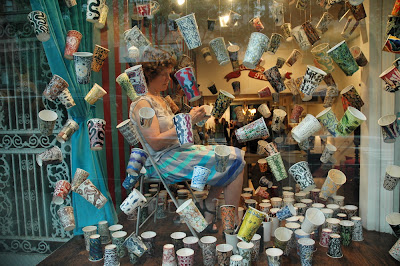 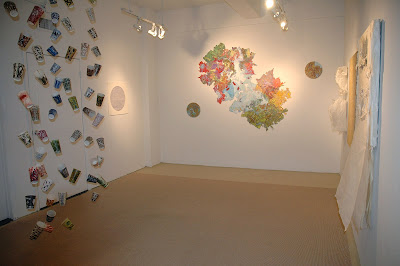 Now, over three months has flown by in the Sprint Prow Artspace at the Flatiron Building, with fifty more days to go in 2012. Sprint tell me that 350,000 people see the cup drawing exhibition from the sidewalks and surrounding streets - every week. 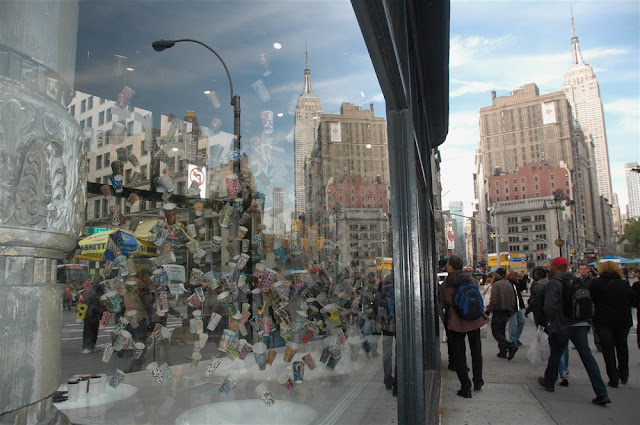 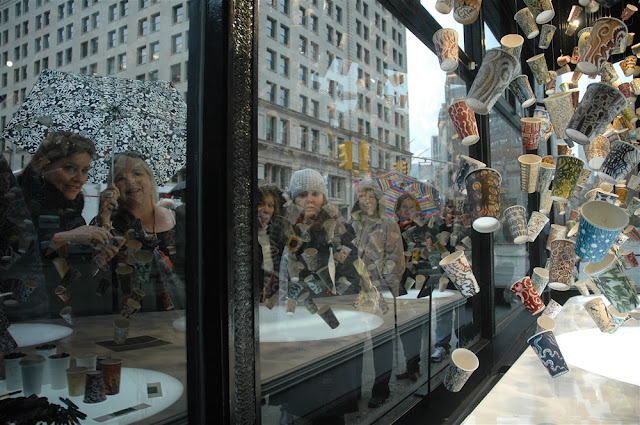 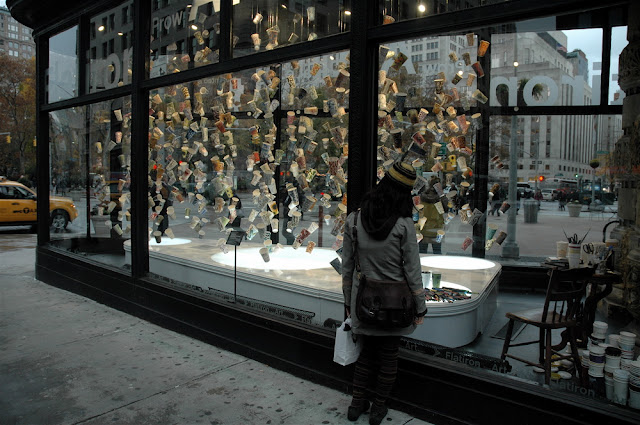 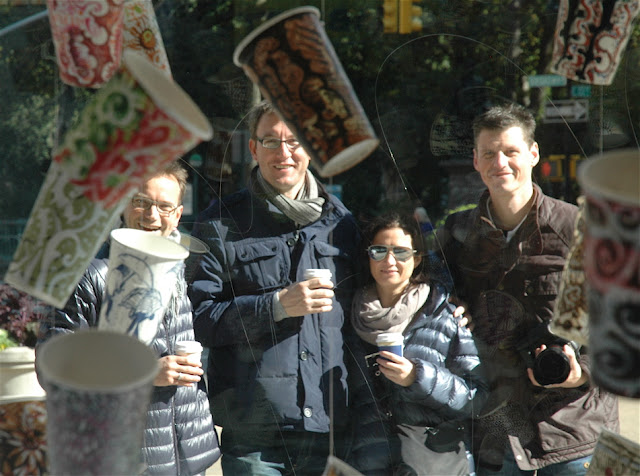 Views of, and from the Flatiron Prow, October 2011

Articles and reviews have appeared in a dozen languages on over a hundred web-publications and blogs. Videos and innumerable photos have been posted on every conceivable photo sharing site. There have been impromptu salons in the Prow almost every day with New Yorkers of all professions, visitors from around the world, and eager young people from neighborhood schools and colleges who talk, draw with us and get a brief taste of the unearthly serenity inside the prow, of what it feels like to make art in the midst of this installation as the world swirls by outside. 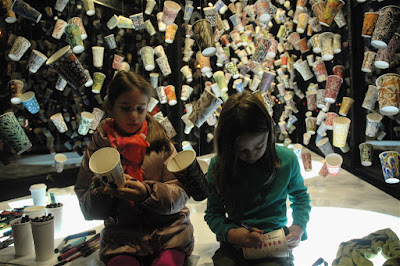 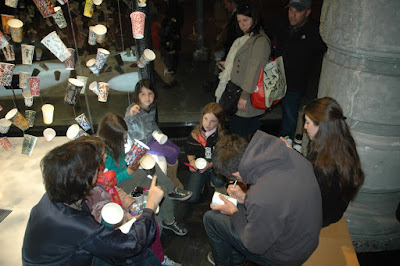 A late afternoon drawing session in the Prow
December, 2011

An artist friend sent me an e-mail recently which she has allowed me to share:

"Though at a regrettable distance, I'm closely following the Saga of the Coffee Cups with awe and admiration. It's really a story of what happens when one is obsessed with a marvelous, preposterous idea and, despite all logic and reason, doggedly follows it through to its impossible, unattainable conclusion. If someone had said, several years ago when I sat across from you at the NYAC meeting, watching you cover a cup with beautiful lines and shapes, that you would be exhibiting such things in NYC and have write-ups and videos made of the resulting artwork, I would have wondered what hallucinating drug they were on."

Marjorie, I know exactly what you mean. Whoever would have thunk it?! 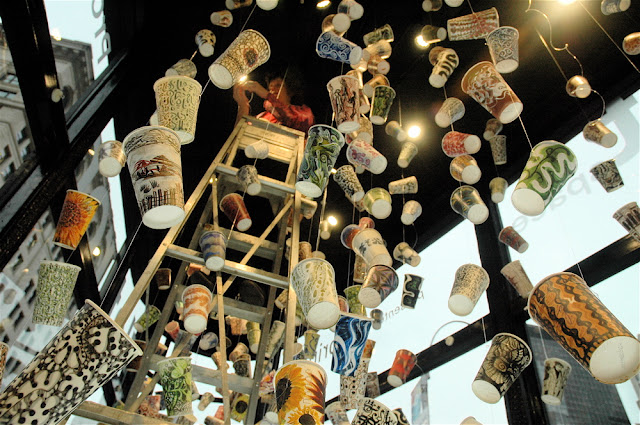 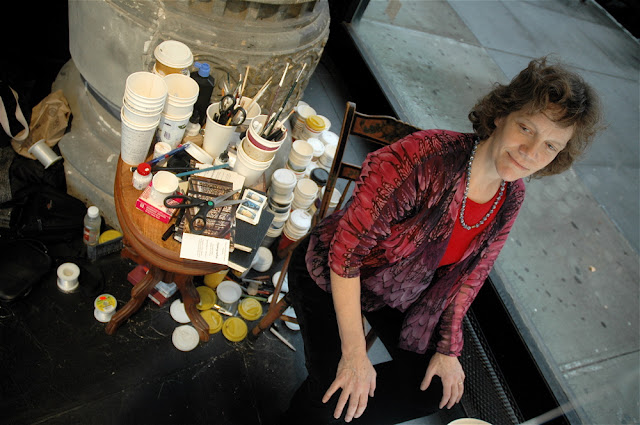 A short rest in the studio corner, December 2011.
Photo by Fran Beallor

So with a nod to the improbable possible, the Full Brew wishes everyone a happy and prosperous 2012, and no end of unexpected wonders around every corner. 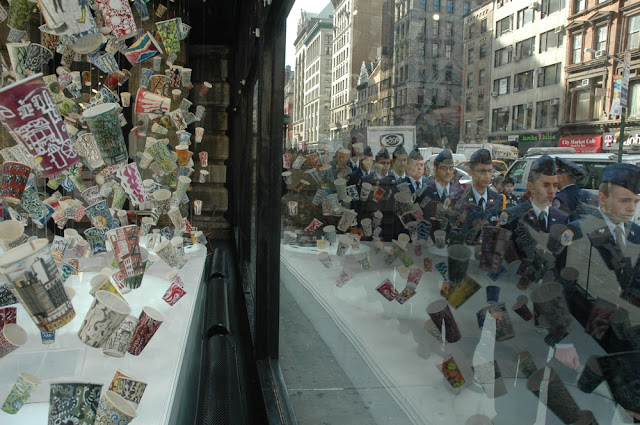 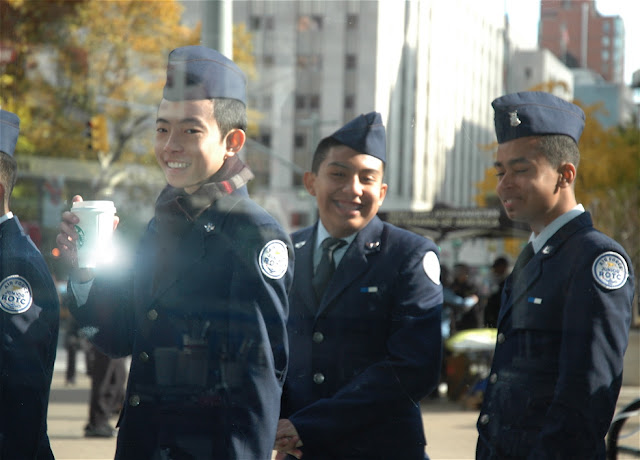