Near Misses: A True Musician's Tale 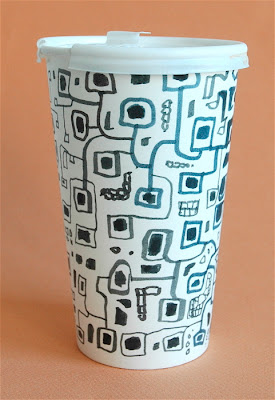 Chris Smart was late for choir rehearsal on Saturday morning, arriving breathless and a little pale, clutching his travel coffee mug tightly in his hand. At the break we quizzed him; What on earth happened?

"Well, I am playing a concert tonight Uptown," he said, "and I was carrying a lot of stuff. I changed trains at Astoria Boulevard on the way here. One stop later I made a horrible discovery - I left my oboe and english horn on the subway platform!! That's $12,000 worth of instruments. And the english horn is borrowed."

"The subway door closed just as I realized. I had to wait another stop, then run six blocks back up Broadway with my bag over my shoulder and my tux over my arm, pushing people out of the way.
I hammered up the steps to the platform and ... there they both were, untouched, on the bench!

We gave a collective gasp of relief; New York City and no one one took the instruments.
"Yeah," said Juliana. "I have lost my wallet twice in the city and had it mailed back to me both times."
Come to think of it, I mailed back a wallet myself once, though I have never gotten any of my own lost wallets returned (three, but that was pickpockets).

"The dark brown instrument cases looked just like the wood of the bench. They kind of blended in, so I guess that's why. Though as I came up the platform, I could see people were looking at them, but from a distance."

Of course, we exclaimed, "if you see something say something!" Everyone is afraid of the unattended bag in the subway. Good thing you got there before the bomb squad. How would you play your concert with a pile of instrument shards?! Chris gave a rueful laugh and after stashing his instruments under his chair, headed off to Starbucks to refill his travel mug.