The Windows of Bergdorf's and Coffee at the Plaza

It is here with a vengeance. The night of Thanksgiving, even before December began, I saw my first flat-bed truck laden with cut Christmas trees rolling into the city. This Sunday afternoon, I gave into the moment and strolled up 5th Avenue with my seven year old daughter. 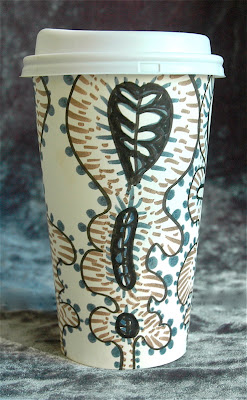 There were gold boxes in Cartier's, opening and shutting to reveal sapphires and pear-shaped diamonds against red velvet. At Tiffany's, it was a frosty tale of the Blue Bird, small snow-covered storybook scenes strewn with more diamond rings. At Van Cleef and Arpels the windows were the sets of charming paper cut-out theaters, rich with undersea treasures - corals and pearls and a sailing ship laden with jewels.

But the show stopper was, as always, the windows of Bergdorf and Goodman at 5th and 58th. I can't even begin to describe the sheer lavishness of their Christmans windows, always a cornucopia of objet d'art and wild ideas, a spendidly dressed mannequin somewhere in the midst of each display. This year, clockwork creatures abounded and the tour de force was a window filled with icy treasures, including a huge octopus studded with mother-of pearl and crystals.

The windows are the work of a team of artists and artisans led by the brilliant David Hoey- and if your wallet is deep a coffee table book of years of these windows, published by Assouline, can be had for just $550. "If only real life were as swell as the windows of Bergdorf's," quips Bette Midler in the introduction. 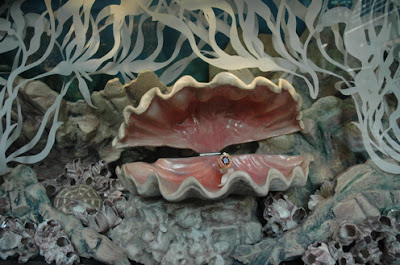 Sated with visual splendors, almost at Central Park, we entered the Plaza Hotel on a whim. It is still partly a hotel despite its recent reconfiguration as luxury condominiums and looks resplendent following renovation. We briefly considered tea in the Palm Court but opted instead to descend to the lower level and have a paper cup caffeine break by an incongruously located Koi pond. There is a food market which serves Kobricks coffee - quite excellent.

As a final bonus, we found Santa Claus in a grotto down there, seated on a satin sofa and available for an audience. Why he had a Plaza Hotel monogram on his fur-trimmed hat was hard to explain, but he was jovial and otherwise quite convincing.
"What do you want for Christmas, young lady?"
"Presents!" The prompt reply.
"In particular?"
"New pajamas. My pajamas are old and filled with holes."
Phew, Santa didn't so much as glance at me. Definitely time to leave 5th Avenue and take the subway home! 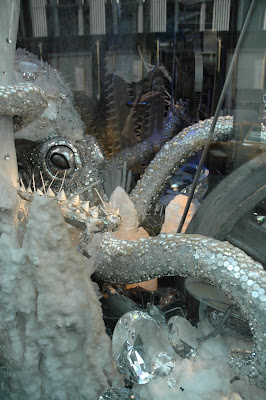