I was sitting at the sushi bar with my younger daughter in the Kodama restaurant on west 45th Street. Hispanic sushi chefs were concocting fanciful and brilliantly colored dishes under the stern and watchful eye of a Japanese master. Both my children like sushi, which I never ate until I moved to New York City. They don't stray much beyond California roll, but it is a door open onto exotic tastes all the same. 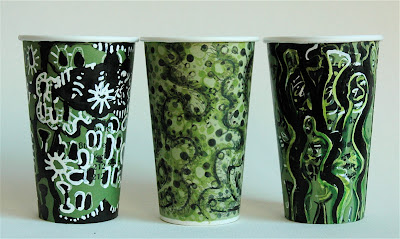 I was nursing a green tea. It was a bright shade of green and as I drank it I realized that I know nothing about green tea. I believe it is green because the leaves are not dried for very long, but does it have more or less caffeine than the black variety? People swear by it, but why? Does it really have any medicinal properties? I generally find it bitter, but this particular cup had a kind of roasted barley flavor. Is this due, in fact, to the presence of roasted barely?

Then there is Maté, an even stranger and stronger green brew. People swear by this too. I know that it is South American, not Asian, but is it related to Asian green tea at all?

The first time I lived in New York City was in 1993. It was at the end of a youthful 18 month ramble through Africa and Asia (now, there are some tea and coffee stories I need to tell you!) After an uncomfortable month drifting across the United States in culture shock, my husband and I had made landfall in New York City and instantly felt back on an even keel. The whole world was here. We decided to stay for awhile and looked for a short-term rental.

Minouche Waring and Jean-Luc Comperat of 1178 Glass Designs were about to go to India for several  months and needed cat sitters. We were delighted to rent their rambling loft at 6th Avenue and 26th Street, full of decorated glassware and mirrors, stained glass panels, tiffany-style lamps and Asian crafts.

Over the years, we have stayed friends. (I even appeared in a theater piece with Minouche at La MaMa in 2000. She was dancing and I was drawing onstage.)  I was at the loft one day and Minouche offered me Maté. It was her current brew of choice. She drinks it in a small cup, through a silver straw. I gave it a shot, but nearly choked on the bitter taste and the ground tea. You are supposed to strain the tea with your teeth as you drink it through the straw, she explained. Minouche, I love you dearly, but I just can't do maté!

Japanese green tea, on the other hand, I actually find rather pleasant. Back at the Kodama, the waitress refilled my cup with steaming green liquid. As I took another sip, I vowed to find out more about what I was drinking. 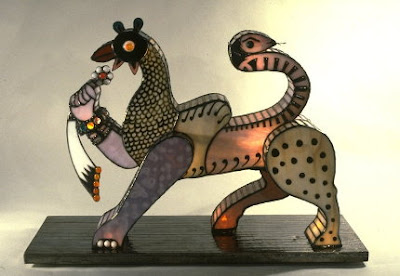